Love is in the air as Valentine’s Day approaches once more, but that doesn’t always mean love in its most honest form. Rather, it can be a lust for something to be desired whether that’s jewelry, candy, or sex. What’s clear, pornography is one of the lust-driven industry that is growing exponentially. This article will cover pornography statistics, a definition of sex trafficking, and awareness on how pornography does have a link with sex trafficking. 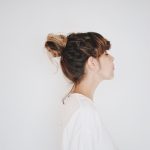 There is a longstanding debate between the ever-popular internet pornography as a catalyst for sex trafficking. To decide on this debate would require an understanding of the definition of sex trafficking and the commercial sex act, any sex act on account of which anything of value is given to or received by any person. Sex trafficking is defined as:

a form of modern-day slavery in which individuals perform commercial sex through the use of force, fraud, or coercion. Minors under the age of 18 engaging in commercial sex are considered to be victims of human trafficking, regardless of the use of force, fraud, or coercion. Sex traffickers frequently target victims and then use violence, threats, lies, false promises, debt bondage, or other forms of control and manipulation to keep victims involved in the sex industry for their own profit.

All it takes is coercion. The moment a victim is coerced or intimidated into a commercial sex act against his or her will, sex trafficking has occurred” (August 2017). They follow with examples:

National statistics from 2019 shows identified victims and survivors accounted for 9,280 of which 3,279 were high indicators and 7,001 were the moderate indicators. There were also over 5,000 from victims and survivors. Of those statistics, the highest type of trafficking was sex trafficking with 3,266 reported cases as of July 2019. Interestingly enough, pornography is rated the fourth top rated venue/industry for sex trafficking (Hotline Statistics).

This blog is not meant to condemn pornography watchers. It is about raising awareness to what the behind the scenes of pornography and the exploitation involved. More so, it is about understanding the source of creation and what may transpire before the videos are uploaded. Just as we have been educated on child labor and exploiting labor, we should educate ourselves on the source of our “entertainment.”

9 thoughts on “Are Pornography and Sex Trafficking Linked?”